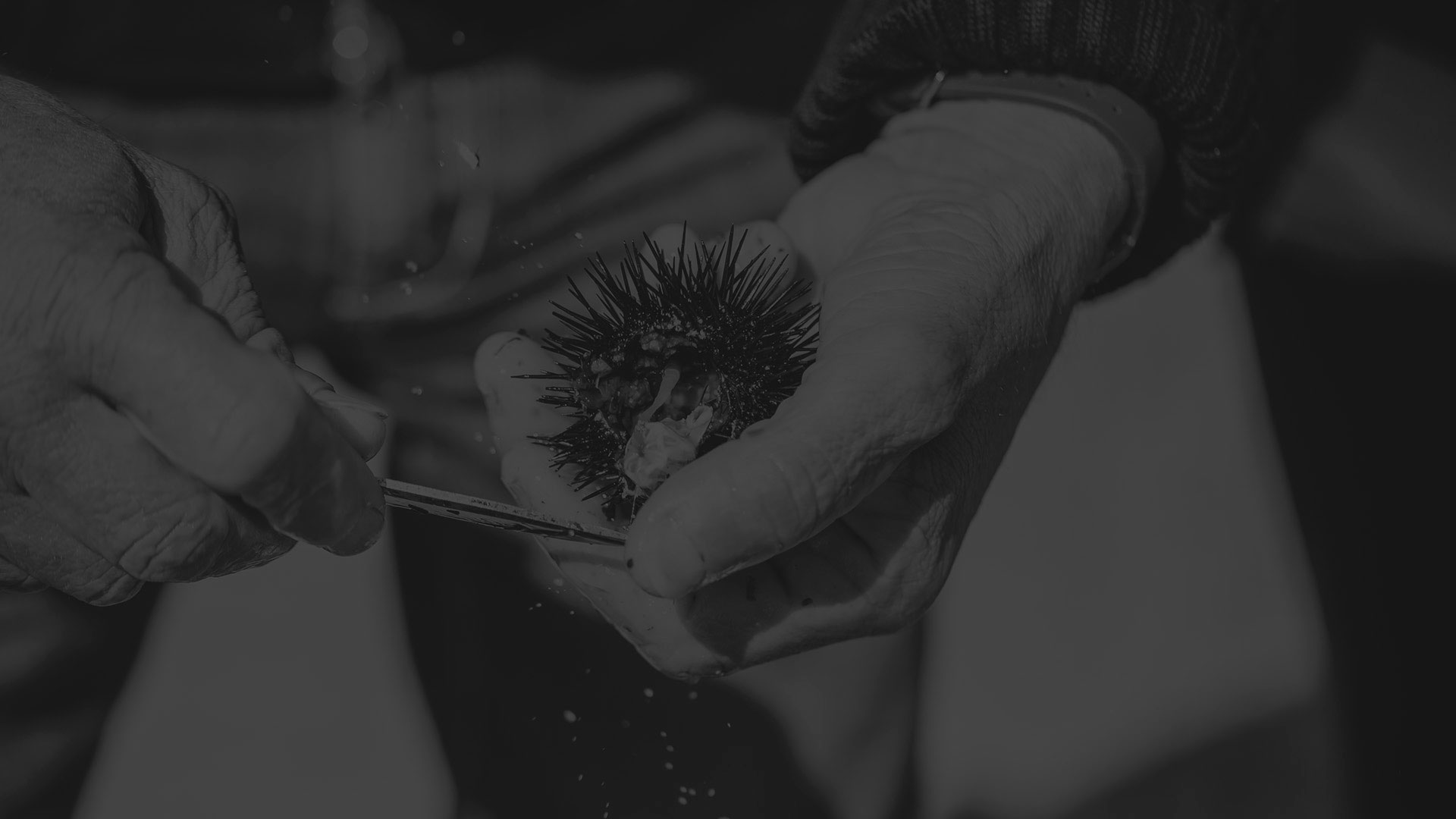 Our routes
Another tour
If you did not find what you were looking for, write us about this
Found 0 items
15+ list of all
adventures tour map
move the map to select
tour map
ready-made offer
211adventures reportsConference in the taiga

Conference in the taiga

To organize a rewarding trip to Baikal for dealers of computer equipment. To provide conditions for conferences and presentations of new products. To arrange an entertainment program in nature at the non-working time.

We were approached by an event agency from Ufa. It was required to develop a program of travel around Lake Baikal for their regular client. The route had to be planned so that a group of six people, in relatively secluded places, could hold three presentations. In two weeks, we went through six versions of the programs and stopped at this:

The route of the trip was formed so that there were conference rooms in the places of residence. This allowed reducing the cost of delivery and rental of equipment. It also saved the time of the guests — they could arrange a meeting in between the rafting along the river and the banya.

The group was mixed — men and women. In the free time between presentations, it was necessary to offer guests entertainment that would suit everyone. The first day — a water walk, a banya and spa treatments, the second — a trip to the Sobolinie Lakes, fishing and a masterclass in cooking pilaf on a Finnish candle, the third — a tour, lunch-tea party at the Museum Taltsy and the final dinner on a bank of the Angara.

10 days before the start

There were no real fishermen in the group but the customer asked us to carry fishing gear during the whole trip just in case. Along the route, guests had the opportunity to fish in several ways: from the shore, in open water and on a mountain river. Each method needs its own set of gear, but considering the number of guests, a universal solution was required, regardless of the place of fishing. As a consultant, we attracted one of the best fishermen in the region.

We bought rods, reels and a variety of gear that could be used by beginners. We prepared all the equipment for every possible place of fishing. If desired, the guests just had to get a spinning and throw the hook into the water.

7 days before the start

For dinner before the flight, the customer asked for something special. From the proposed options we agreed on the menu, where the main dish was a lamb on a spit. On a suburban farm, we chose the right one.

4 days before the start

We sent the courier for purchase. After buying alcohol, we designed the wine list so that before opening the bottle, guests could read about the history of the drink.

2 days before the start

The customer asked us to help with the purchase and delivery of Baikal delicacies, which the guests planned to take home. Later we were sent a list of eighty items. It was required to pack fish, caviar, cedar nuts, honey and berries so that they do not spoil during transportation.

All products were packed in vacuum bags and distributed in boxes with the names of guests. Before departure, they were stored in a refrigerated warehouse.

Arrival in Irkutsk and banya on the shore of Lake Baikal

We met guests at the airport and went to the Sayen Hotel. There breakfast was planned and the first presentation dedicated to multifunctional copiers.

At 12:10 we left Irkutsk and move to the Village of Listvyanka. According to the plan, there was lunch in the restaurant, but on the way, the guests saw the yurt and decided to stay in it. They wanted to try poses and a buchler — the traditional Buryat dishes.

After lunch, we loaded things on the boat and sent a group to the Recreation Center of Russian Railways. There we had already prepared banya, where the guests spent the evening. They were steamed with birch brooms and massaged with fir oil. The best bath attendant in Russia, Gennady Nikolaev worked with them. Dinner was served in the fireplace room.

After Breakfast, guests went to the conference room to discuss the new generation of tablets. At this time, we were docking the boat and were loading things.

At 10:00 the guests boarded a speedboat and went to the Village of Vydrino. Half an hour later they boarded the airboat to climb up the River Snezhnaya. For safety, we divided the group into two parts. By the afternoon all got to the place of start of a hike. Before leaving we made a fire, heated tea with thyme and ate sandwiches.

The distance to the Sobolinie Lakes from the place where the group landed from the airboat is 4 km. Usually, the journey takes 2–2.5 hours. Because of the large number of participants, there were nine of them together with the attendants, they reached for four hours. While the guests were swimming in the lake, the guides cooked lunch — fish soup, steaks and vegetables on the coals. After a two-hour rest, the group returned the same way.

While the guests were traveling by minibus from the Village of Vydrino to the hotel, we prepared a platform for cooking pilaf. The wind blew out and it began to rain. In order not to risk, as it was on tour with the Swiss president, we decided to use a special mobile oven for cauldron instead of a Finnish candle. This guaranteed the preparation of pilaf even in heavy rain.

At 20:30 the guests arrived at the hotel, they had no energy for the culinary masterclass. The chefs prepared everything themselves and served dinner at the hotel restaurant.

Tea party in the manor and final dinner at the beach

Early breakfast at the hotel and presentation of laptops. At 9 am the guests boarded a speedboat on the pier in Baikalsk and went to Listvyanka. Upon arrival, the group went to the Observation Platform Kamen Cherskogo to take panoramic pictures of Lake Baikal.

While the guests were coming down from the observation platform on the funicular, we set the table in the merchant's estate. Pies from the Russian oven, stuffed with apple and bird cherry, pancakes with caviar, hot sbiten and tea from a samovar — an aperitif before the final dinner.

After tea-drinking and excursion to the Ethnographic Museum Taltsy, we placed guests in wooden cottages on the banks of the Angara. Before dinner, they decided to relax after yesterday's hike to the Sobolinie Lakes.

At 19:00 in the living room of the cottage a table was served, and the chef began to cut the meat from the ruddy lamb.

At 8:00 we arrived at the refrigerated warehouse. We loaded into the car twelve boxes of delicacies, weighing almost a hundred kilograms. Guests were a little confused when we opened the trunk at the airport. They refused the proposal to send the goods by the transport company and began to distribute the packages on suitcases.

Customers of our agency are distinguished by non-standard requirements for conducting business events. We often have to be creative in organizing such projects. Everything is important: time, place, filling.

Such project was the conference of our platinum client, called “Baikal”. Location Irkutsk and Irkutsk Region.

We started looking for a contractor in Irkutsk, guided by our basic principles: the first — do it as for yourself, the second — pay special attention to the details, the third — there are no trifles in the organization of events, everything is important.

Having studied the Internet, we have chosen for ourselves the 211 Company. Excellent portfolio, successfully selected routes, taking into account the specifics of the VIP direction, all these points were highlighted the offer of this company against the other operators.

Preparation lasted two and a half months. Correspondence and telephone conversations with Vladimir Nikolaev, the general producer of 211, increasingly convinced us that the choice of the contractor was the most successful. We changed the program at least five times at the request of the customer. Each remark from our part received a maximum of understanding, corrections to the documentation were made without delays as competently as possible.

Clear timing, adequate time allocation between the business part of the event and the free time of participants is the essence of the proposal approved by the customer. The wishes of the customer according to content of the event were taken into account and executed at one hundred percent.

Especially we want to note the solution found, related to the purchase of souvenirs. We had two tasks: to organize the purchase of Souvenirs without time costs and to ensure storage and delivery. Baikal is the land of unusual delicacies with short shelf life. We were offered to organize the delivery of souvenirs to the ramp on the way back. We received a detailed list of all Baikal souvenirs. All we had to do was form and approve the list.

Each stage of preparation was accompanied by detailed reports and photos. We had no doubt that the project would be successful.

DL Event Agency expresses its gratitude to the 211 Company represented by the general producer Vladimir Nikolaev for assistance in the preparation of the event. Thank you for the attentive attitude, accurate execution, competent registration of the accompanying documentation.

Winter 2019 — remove the unnecessary!
For a month we had to organize an extreme Olympiad for programmers, a test drive of Cordiant tires and a family adventure in the taiga. I won't tell about each project separately, as I usually do all the applications of this season intersected and followed one after another. These three events are in one report.
Lake Baikal

Summer is a small life
During the festive evening in honor of the birthday, we should have a concert of a famous artist on the shore of Lake Baikal. In the report, we conducted a step-by-step review of the event, starting with the signing a contract with the artist, ending with an analysis of the mistakes and the options for solving them in the future.
Lake Baikal

Spring Baikal for two
Our task was to organize an individual trip for two, to show the most interesting places of the spring Baikal with sum limit of 5,000 dollars. Before calculating and approving the program, we called to all the hotels and transport to make sure that they were available for the right dates. There were no rooms in the hotel, snowmobiles were occupied, the biosphere reserve did not work — holidays on March 8.
Lake Baikal

The course to the North
We planned to cross Lake Baikal by SUVs on ice and make the show of this. We started to prepare for half a year — re-equipped cars, picked up the equipment and the team. During the week of travel, we covered about 1,000 km, saw the nature of Baikal, tested the SUVs and shot a film about it.
Lake Baikal
read all reports 8
Submit your application
Good afternoon, write to us in the messenger!
The message has been sent.
We will contact you at the specified time.